Anchor Fairleader, also know as swivel fairlead or swivel head anchor fairlead, type A38 fairleader is a double sheave fairleads with 2 rollers. It's suitable for wire dia. range from 25mm to 82mm, a weld down or bolt down base are designed for option.

Should any of the Universal Roller Fairleads be interested of you, pls donot hesitate to contact DEYUAN MARINE sales team for further discussion. 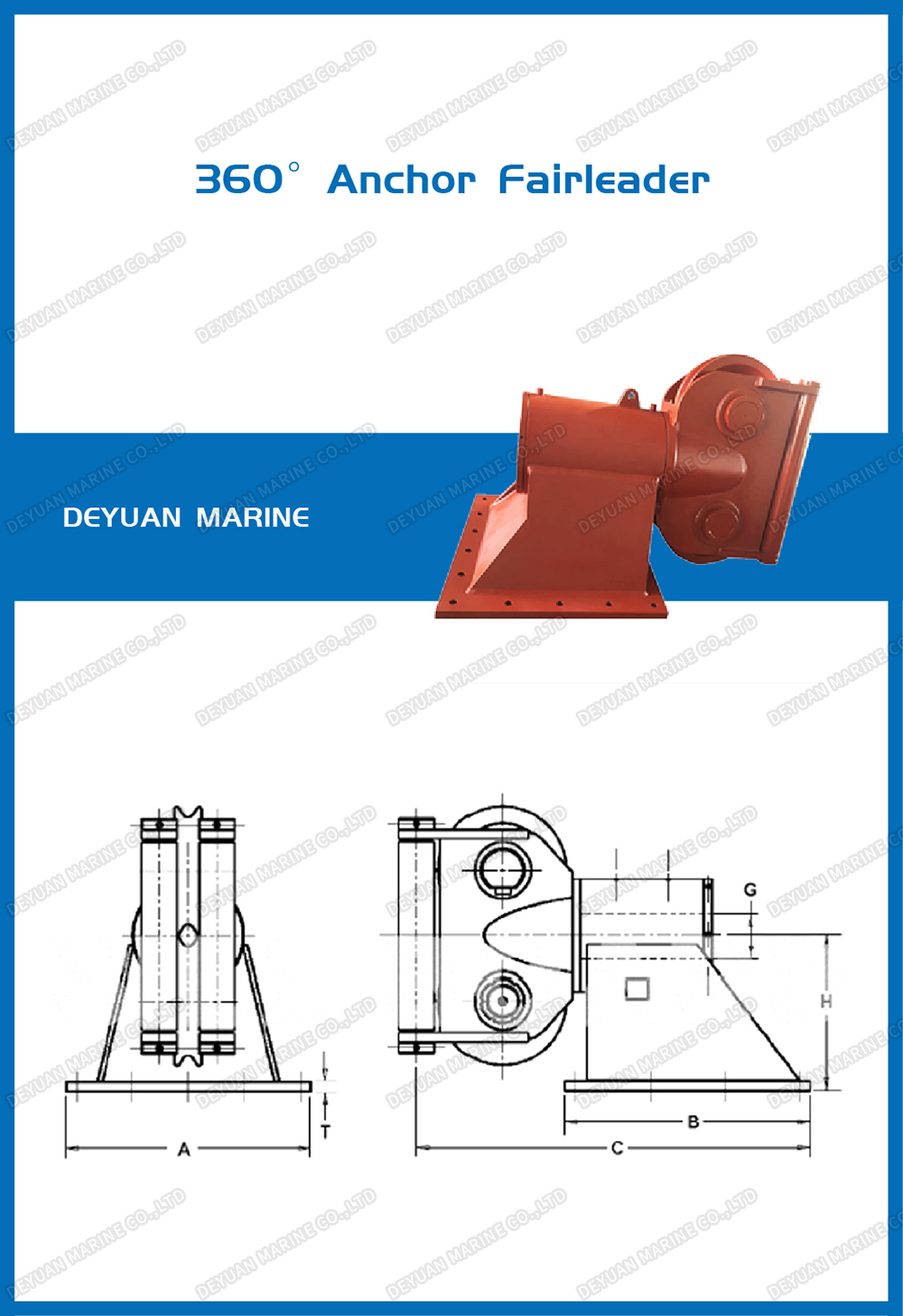