The Lifeboat Davit is used on offshore platform. The main function of the Platform Davit is to lower an emergency lifeboat to the embarkation level to be boarded. The launching of lifeboat and rescue boat is realized by means of their own gravity and recovery the lifeboat and recue boat by electric boat winch.

The Offshore Davit is a special lifting equipment for hoisting the skiff. There are strict rules on the performance of Platform Offshore Davit For Lifeboat.

The lifeboat can be quickly released to the surface and the back of the board .The SOLAS Platform Offshore Davit and its strength .When the ship is inclined to the side of any side 15 degrees and the trim is 5 degrees and the speed is 5 knots, the boat may be able to turn out of the board when carrying all the equipment and the two crew members.Then fully load the crew safely to the surface of the water boat rack, at least two insurance cables .If there is a crane, Platform Life Boat Davit is equipped with a safety Marine Offshore Life Boat Davit such as the limit switch, which can automatically cut off the power when the boat rack returns to the pecking position

Lifeboat Davit With SOLAS Standard design and building is according to the latest regulations of SOLAS and international standards,MSC.47(66) -Amendments to SOLAS 1974 & MSC.48(66) -LSA and the IMO 1989 MODU. Its test is based on the IMO MSC.81(70), and also has been approved by Classification Society.

All the davit with IACS certificate .Below is DNV Cert Life Boat Davit Model For Selection: 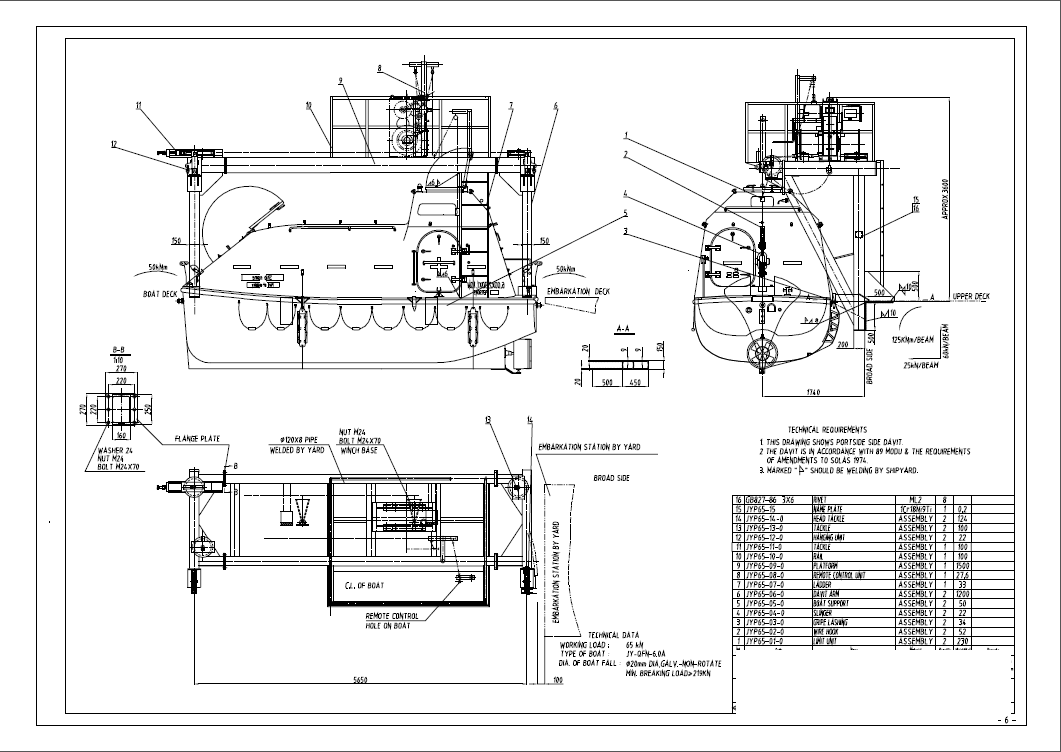